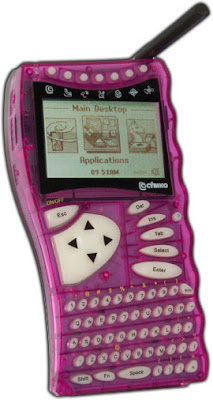 "The Cybiko is a hand held computer designed for teenagers, featuring its own two-way radio text messaging system. It has over 430 "official" freeware games and applications. Because of the text messaging system, it features a QWERTY Keyboard that was used with a stylus. An MP3 player add-on was made for the unit as well as a SmartMedia card reader. The company stopped manufacturing the units after two product versions and only a few years on the market. However, because of the unique radio messaging hardware there is still a hobbyist community using Cybiko.