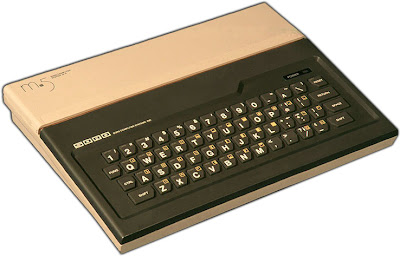 "The Sord M5 (also sold in the United Kingdom and other countries by Computer Games Limited as the CGL M5), was a Japanese home computer launched by Sord Computer Corporation in 1982. It had keys similar to the Sinclair ZX Spectrum, but with the bottom right corner chopped off." (Wikipedia)